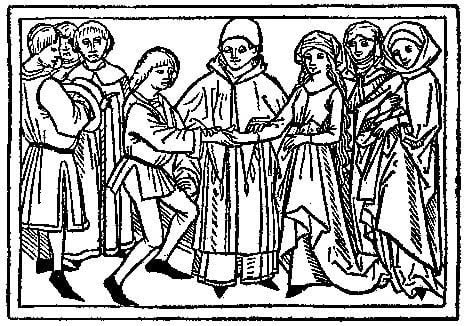 My last five posts were about the dark side of the 16th century. Let’s take a break from blood and gore today and look at the good life: a list of food and drink consumed at a wedding in Prague, 1587.


The list comes from the so-called Fugger Newsletters. The Fuggers were German merchant-bankers and venture capitalists. The Newsletters is a collection of memos sent by agents in branch offices all over Europe and in Asia to “head office” in Augsburg. They contain political and military news that might have an impact on the economy, but also descriptions of social customs, sensational crimes, or natural disasters.


One of the newsletter lists what the Bohemian nobleman William of Rosenberg offered his wedding guests:
“In his estates, towns, and villages, a considerable number of poor people were likewise fed, and it is not yet known how much has been consumed altogether.”