#AMREADING EDITH WHARTON, THE REEF. Americans in Paris, 1912.
An American in Paris: It’s not quite clear whether he lives in Europe in order to cultivate an art, or cultivates an art as a pretext for living in Europe.

Being ladylike: What were all her reticences and evasions but the result of the deadening process of forming a lady? Passion was completely absent. She was sure that if anything of the kind had occurred in her immediate circle, her mother would have consulted the family clergyman.

Getting used to beauty: He was wondering whether to a really fine taste the exceptional thing could ever become indifferent through habit, whether the appetite for beauty was soon dulled and could be kept alive only by privation.

The company of a good-looking woman: He knew the primitive complacency of the man at whose companion other men stare. She had a responsive temperament, and he felt a fleeting desire to make its chords vibrate for his own amusement.

Unhappiness: She had been unhappy before, and the vision of old miseries flocked like hungry ghosts about her fresh pain.

A stolid friend: She found refuge from unhappiness in her friend’s unawareness. She guessed no more than one chose, and yet acted astutely on such hints one vouchsafed her. She was like a well-trained retriever whose interest in his prey ceases when he lays it at his master’s feet.

(Image: newyorker.com)
Posted by Erika Rummel at 09:13 No comments:

Taking the Universal tour  and visiting Disneyland –a sequence of habitable fantasies, the set for a film that was never ever going to be made except in the mind of the visitor.

Westwood and UCLA campus. Because academics apparently drive much less than most Angelenos, there seems to be a solid and insatiable demand for certain middle-class accommodation that make the area pretty well stable socially.

The shopping mall: a crucial type of pedestrian precinct, like Oliveira Street. What began as a civic gesture is now little more than a tourist trap, but a very good and colourful tourist trap.

The flatland of Los Angeles from the Griffith Park Observatory – one of the world’s great urban vistas for its sheer size and sheer lack of quality.

Dingbat – a type of idiot? Yes, and also a type of two-story walkup apartment building from the 50s still common in L.A. The dingbat is the true symptom of Los Angeles’ urban Id trying to cope with the unprecedented appearance of residential densities too high to be subsumed within the illusions of homestead living.

Posted by Erika Rummel at 10:47 No comments:

I am in Los Angeles. What better place to read Reyner Banham’s classic Los Angeles.The Architecture of Four Ecologies. Some memorable phrases:
Posted by Erika Rummel at 17:49 No comments:

ROAD TRIP TO CALIFORNIA. THREE PICS TO TELL THE STORY.

NOT YOUR TYPICAL NEIGHBOUR AT THE PUMPS 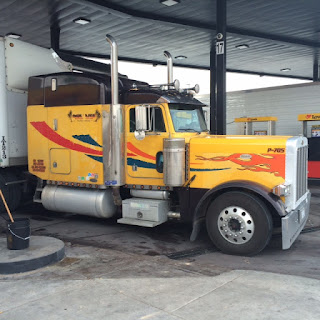 NOT YOUR TYPICAL TOURIST GROUP 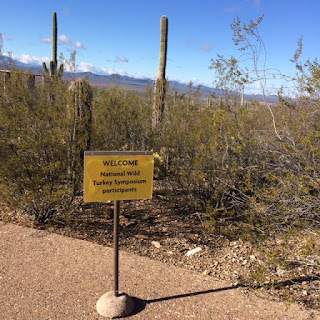 NOT YOUR TYPICAL CALIFORNIAN SUNSHINE 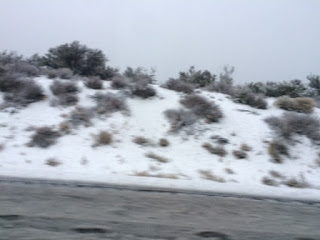 Posted by Erika Rummel at 18:21 No comments:

The memories are my life – for we possess nothing certainly except the past – were always with me. Like the pigeons of St. Mark’s, they were everywhere, under my feet, singly, in pairs, in little honey-voiced congregations, nodding, strutting, winking, rolling the tender feathers of their necks, perching sometimes, if I stood still, on my shoulder; until, suddenly, the noon gun boomed and in a moment, with a flutter and sweep of wings, the pavement was bare and the whole sky above dark with a tumult of fowl. Thus it was that morning.
Posted by Erika Rummel at 18:34 No comments: