In the summer of 1525, the shoemaker Silvestre Gonzales of Las Palmas, a convert to Christianity, was accused of relapsing into Judaism -- eating kosher meat and celebrating the Sabbath in his house. He was gagged, seated on an ass, and thrashed through the streets of Las Palmas. The following year, he insisted that none of the accusations against him had been proven. Wrong move! He was tried again.

From the records for the second trial:
"23 January 1526:
He is sentenced to be put to torture and is bound hands and feet to a frame; then water is poured down his throat. After the second jar of water, he begs to be unbound and promises to speak the truth. He is a dog and a Jew, and if they will only unbind him, he will tell them the number of Jews on the island. [He also implicates his father]. Two days later he declares that his confession made under torture was a lie, that he said the first thing that came to mind to be set free. He is again put to torture, and after the second jar of water, admits that he is a Jew but insists that he gave false testimony against his father. After four more jars of water, he begs to be released and swears to speak the truth.


24 January 1526:
He says that what the witnesses have said about him is untrue.


31st January 1526:
The judges are of the opinion that he has perjured himself and shows no remorse and must be handed over to the civil authorities [for the death penalty].”


Silvestre was burned at the stake on February 24, 1526, together with his father Alvaro. Alvaro had a previous conviction. On that occasion he had been sentenced to do public penance. He was gagged (for uttering blasphemies) and had to stand at the church door for three Sundays holding a candle and wearing the corozo (a kind of pointed dunce cap). 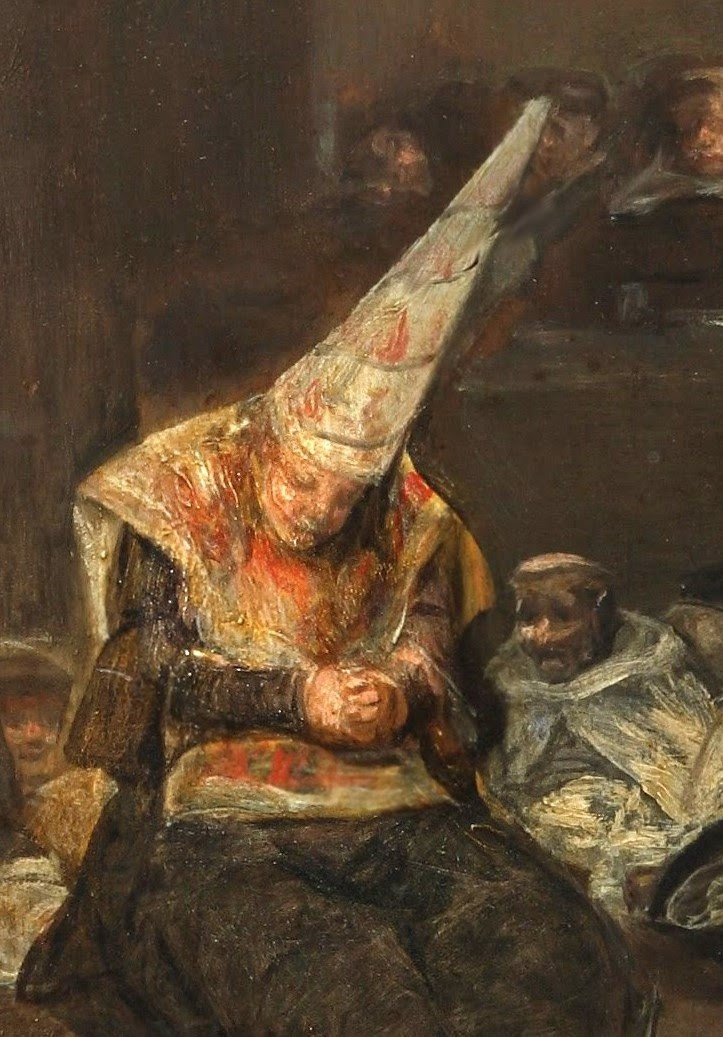 In August 1530, Johan de Xeres, a silk merchant of Las Palmas, was accused of keeping the fast of Yom Kippur. He was “stripped and tied to the ladder in preparation for the water torture. After receiving eleven jars of water, the prisoner says that, seeing he must die, he wishes to confess the truth. The charges against himself and his relatives are true. Being brought into court again, he declares that the confession was made in his death agony and is false.”


Johan de Xeres was handed over to the secular authorities for capital punishment. His property was forfeited to the Crown.