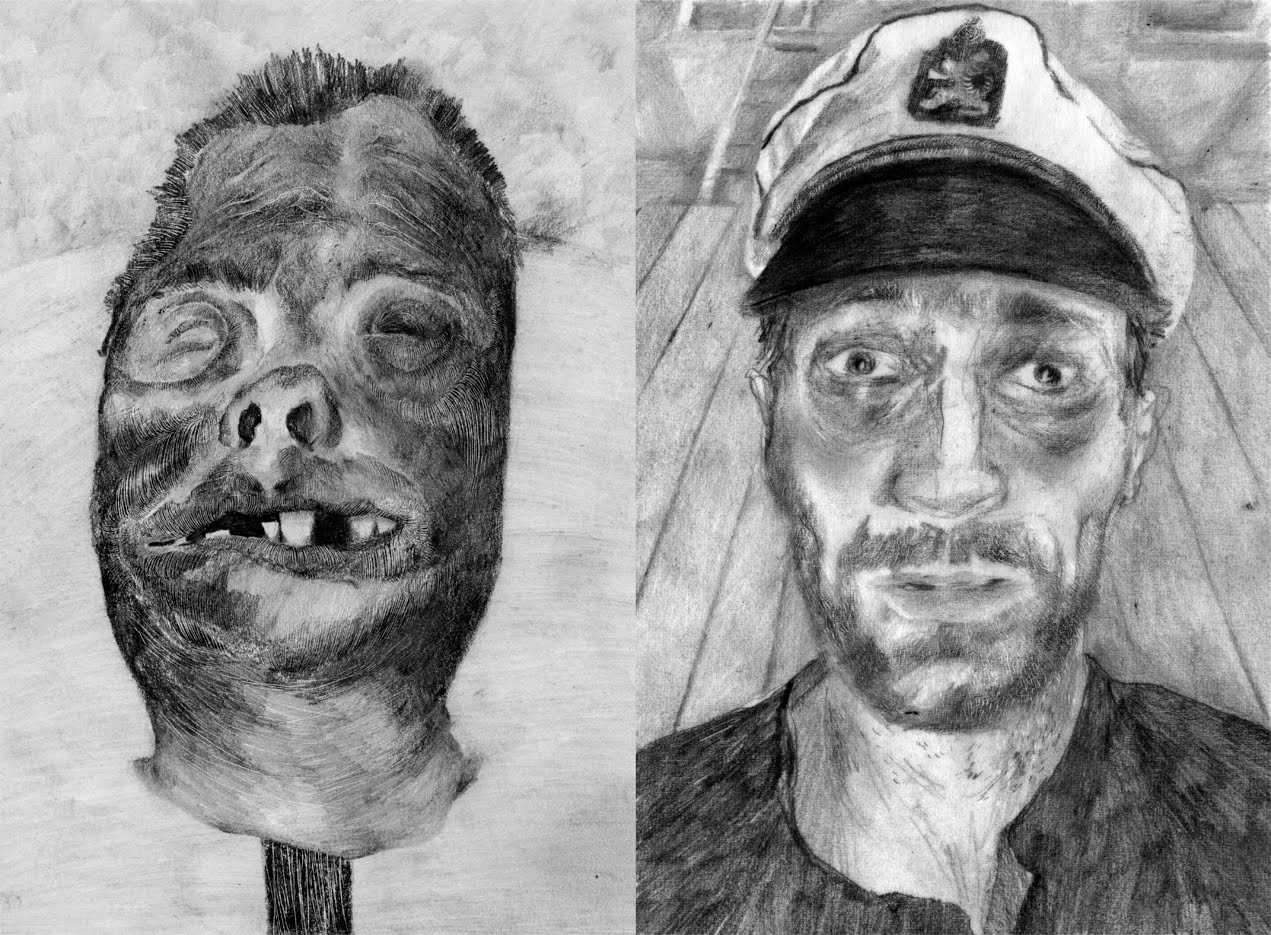 (image from 2.bp.blogspot.com)
Posted by Erika Rummel at 03:22 No comments:

#AMREADING LIAM DURCAN, THE MEASURE OF DARKNESS. A MEDICAL MYSTERY?

Martin Fallon, architect, emerges from a coma and finds his brain an unreliable narrator of his life.

He is told to keep a “recovery journal”. Christ, a phrase that practically carried its own air quotes along with all the other carefully balanced baggage carts of self –congratulation and self-pity.

He has to relearn movements. The gesture of nodding arrived naturally in his head. It was an act slower than simply nodding, a movement that Martin felt could be sustained indefinitely, even incorporated into his everyday routine. Useful even for swallowing pills.

He ends up walking down into a road ditch without quite understanding the purpose of his movements. His voice rose, seeming to his brother to have the same tonal quality, the same visceral timbre, of an animal in distress. It was a sound that touched him almost more than the fact that it came from his brother. The sound demanded action.

Martin remembers:
The women at the party, a cluster of lakeside doyennes and their monumental spouses, the clique of legacy lakesiders. This group was offset by another category of female guest that struck him as oscillating with the energy of striving for some urgent yet mysterious goal. Their silent, sullen husbands followed a step behind like cut-rate bodyguards.
April in Moscow.Wet snow was not uncommon this late in April, the tail end of a winter snapping one last time on the city. It was a threat acknowledged on the face of every Muscovite. A grim refusal to be caught out in one’s hope.


The suicide attempt. It was no longer a mere incident clouded in amnesia, but an event he could construct, richer and sadder and more cinematic than any simple recollection of events.
Posted by Erika Rummel at 04:49 No comments:

This story of an innocent going through a series of doomed relationships offers some brilliant definitions:
Posted by Erika Rummel at 09:08 No comments:

LAUNCH OF MY NEW NOVEL, THE INQUISITOR'S NIECE, AND GOOD-BYE L.A.!

A country doctor is trying to reach a town where people are dying of an epidemic, but a blizzard prevents him from continuing his journey. He is stranded in a village until Crouper, the bread man, volunteers to drive him through the night.

Snowdrifts had blown up against the old, sunken log house. In the mudroom he could make out two large barrels, a wheel barrow, and a pile of junk. He made his way to the burlap-insulated door, ducking to miss the lintel overhead. Logs burned in a large Russian ceramic stove, a wood salt cellar stood by itself on the table, a round loaf of bread lay under a towel, a lone icon occupied a dark corner, and a pendulum clock hung on the wall like an orphan. The only pieces of furniture were a chest and an iron bed frame.
We are in Chekov’s Russia, right? But then again…
Your sledmobile – what power is it? The doctor asked.
Fifty horses.
The stable was divided in half. There was a workbench with little hammers, tiny pincers, a gimlet, a ceramic cup filled with tiny kopeck-sized horseshoes. Then came a partition, and behind it, the horse stalls. Smiling, Crouper leaned over the partition, and the whinnies of fifty small horses filled the air. They playfully nipped his hand with their tiny teeth and pressed their warm nostrils against his fingers. Each horse was no bigger than a partridge.
Oh, we are in a 19th century fairytale!
The road is buried in snow. The horses are exhausted. The two men stop at a miller’s house, where we seem to enter the 20th century, since they are watching “radio”.
The miller’s wife pressed the red button on the remote. The radio clicked and a round hologram with a thick number 1 in the right corner appeared above them.
Something is a little out of whack here, but the ensuing bedroom scene is entirely normal, or let’s say, timeless. The miller’s wife visits the doctor in the guest bedroom. He readily accepts her invitation.
He threw back the blanket in one movement, stood up, and embraced her warm soft, large frame. He didn’t want to let her go. He pressed against her body and his lips found her neck. The woman smelled of sweat, vodka and lavender oil. In one movement he tore off her nightgown and grabbed her by the butt. Her bottom was big and plushy and cool.
The next morning the two men journey on into some future century, enjoying the hospitality of drug dealers, the Vitaminders, who give the doctor pleasant dreams and grow a stable for the little horses. They spray the ground with “Living Water”. A gray paste stirred, and felt fabric began to grow for it fiber by fiber. Despite the snow, three felt walls grew until they surrounded the sled and its owner..
But the next morning it’s back to the 19th century. The blizzard is still raging, as they continue their journey. Soon they are yanked to a halt and into another fairyland situation. A drunken giant has collapsed in the road. The runner of their sleigh is caught in his nostril.
Crouper had trouble chopping through the nose cartilage. The runner that had caught in the nostril was visible now. They rocked the sled, but the runner wouldn’t come loose. It has pierced the maxillary sinus and got stuck there, said the doctor, examining the situation.
They cannot free the sledge and are forced to spend the night in the snow. In another nod to the futuristic genre, the doctor is rescued by the Chinese, but Crouper is dead.
The doctor mourns his comrade. Tears streamed down his cheeks. He clutched his pince-nez and kept shaking it, shaking and shaking, as though conducting some unseen orchestra of grief, crying and swaying in strong Chinese arms.

Posted by Erika Rummel at 06:06 No comments: