Susan is an engineer -- baking is just a hobby for her, but hey! If she ever decides to become a caterer, I bet there'd be a line-up of customers.

Posted by Erika Rummel at 04:24 No comments:

The other day I was hiking along the Don River and saw a young man slapping white paint on the graffiti that covered the wall of a railway underpass. A man offended by the proliferation of graffiti, doing a public service, I thought. When I returned the same way, I realized he had just been making room for his own graffiti. He looked Latino. He sported a gold chain around his neck and a tattoo on his chest advertising “La vida loca”. I started talking with him.

“Bomy”? I asked, pointing at the letters he had painted on the wall. “What does that mean?”

“That’s my nickname,” he said. “Because I drink a lot and then I vomit. So they call me Bomy.”

(B and V are pronounced similarly in Latin American Spanish).

Posted by Erika Rummel at 03:36 No comments: 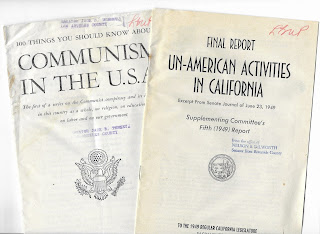 James Estes reminisces about the 60s when he was a graduate student at The Ohio State University in Columbus. Remnants of McCarthyism were still much in evidence at that time. The State Legislature had an Un-American Activities Committee, and in the city, where the John Birch Society was flourishing, there was wide-spread suspicion that the university was a hotbed of left-wing subversion. In the autumn of 1961, The Lantern, the daily student newspaper at OSU, published two letters to the editor, signed only 'A Staff Member' and 'A Professor,' demanding action against the 'comsymps' (Communist sympathizers) on the faculty. It was a situation made for parody, and I could not resist writing a letter to the Editor in turn:
Inspired by the courageous examples of "A Professor" and "A Staff Member," I am going to take pen in hand to expose another element in the Communist conspiracy to undermine America.
I am sure it will be deeply shocking to all true lovers of their country to learn that the University Library is participating in a nation-wide Communist-led plot to undermine religion in America!
The comsymps who organized the Library of Congress cataloguing system have placed the Bible under the classification "BS"!  Only an atheist could have perpetrated this insult on God's Holy Word, the foundation of America's evident superiority over the other nations of the world, all of which are either collectivized or well on the way.  And, as we know, atheism is virtually synonymous with Communism.
What more proof do we need that atheistic Communism has penetrated even our great national library and the hundreds of libraries throughout the country that use its cataloguing system?  Are the members of our library staff conscious agents of this conspiracy or only dupes? …
A Paranoid
After the letter was published on 18 October 1961, I was told that the text, minus the signature, had been read over the air by a local right-wing disc jockey as a fine example of 'the kind of patriotism we need at Ohio State.'

Posted by Erika Rummel at 06:26 No comments:

Posted by Erika Rummel at 05:35 No comments:

Walking the Rosedale ravine you can enjoy not only nature, but also civilization: Coffee and tchotchkes at the Brick Works -- yes, we know about that. But now also commemorative art hidden in the woods and stencilled on the concrete trusses of a bridge! 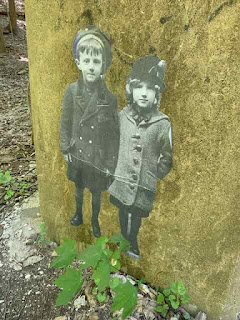 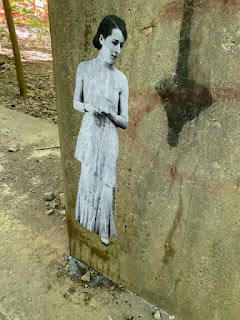 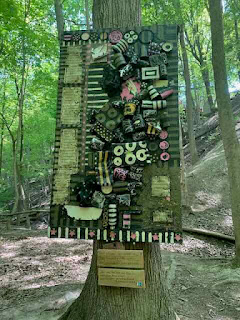 Posted by Erika Rummel at 04:32 No comments:

FROM L.A. TO TORONTO

Managed to avoid all bad weather patches and had a great time talking shop with my co-driver and fellow historian, Nathan Ron, who came all the way from #Israel to join me on this cross-country trip. Here are a few photos he took on the way: 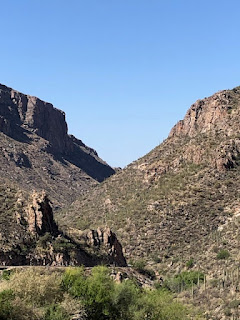 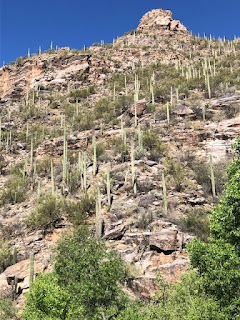 And one from the Bernheim Arboretum 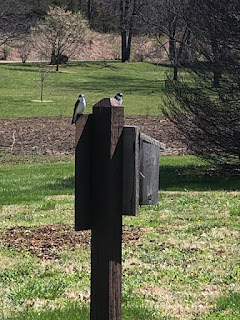 Posted by Erika Rummel at 07:49 No comments: 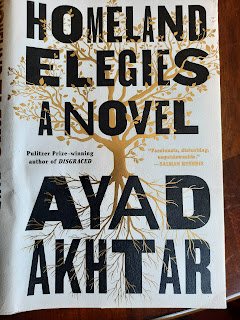 Akhtar comes to grips with the meaning of being a Muslim in America. He asks the question: How do you become an American? Given the weighty question, it’s not surprising that he doesn’t come up with a clear-cut answer. Home Elegies is billed as a novel, but is it fiction or autobiographical? Akhtar himself admits it is difficult to translate experience into art.

I felt a visceral disgust for the sickly tints of the white skin I saw everywhere around me, the blanched arms and legs, faces the color of paste, flesh devoid of warmth or human glow. He came to think of his own non-white skin as surpassingly strange.

Akhtar criticizes Democrats and Republicans. He scoffs both at Obama and Trump.

Was it a good thing that Obama, a black intellectual, was elected to the office of president? No, his concern for the country was marred by his superciliousness…[he]gloried in his pop-culture celebrity while bemoaning a system whose political dysfunctions prevented him from leading.

Was Trump the better choice? No, he just mirrored the national mood – nasty, brutish, nihilistic. He was an unapologetically racist real estate magnate embodying the rise of white property rights; a self-absorbed idiot epitomizing the rampant social self-obsession and narcissism that was making us all stupider by the day; greed and corruption…

Is this Akhtar speaking or his protagonist? You figure it out.

Posted by Erika Rummel at 09:38 No comments:

Posted by Erika Rummel at 06:34 No comments: