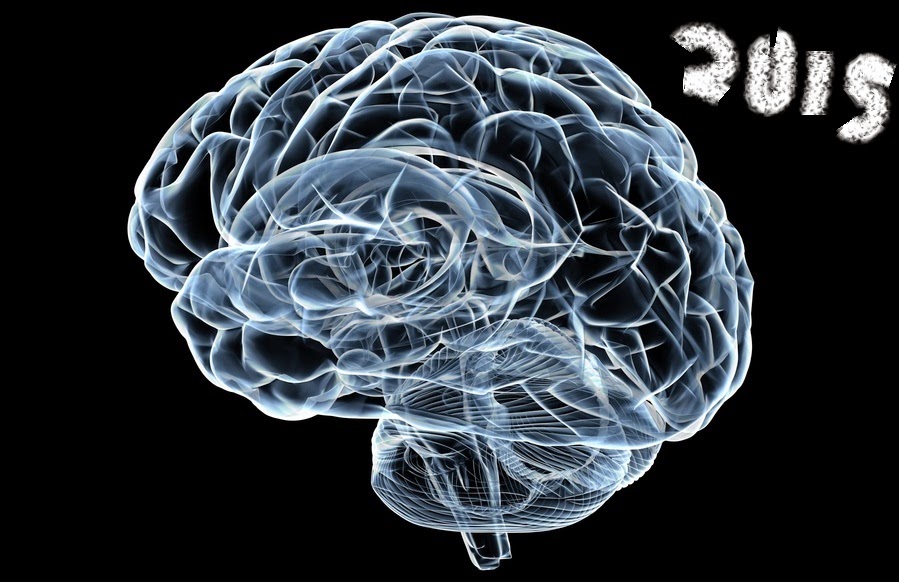 
HAPPY NEW YEAR!
Posted by Erika Rummel at 08:32 No comments:

VIENNA AFTER WW I: THOSE COMMONERS RUIN EVERYTHING!

Bad Ischl, an Austrian spa resort, became famous when Princess Sophie went there in 1828 to cure her infertility and within 2 years gave birth to the future Emperor Franz Joseph. It became the spa of choice for the imperial family.

But WW I put an end to the empire  -- and the glory of the resort. To quote the author of an essay lamenting the decline of the spa in 1922:
Chin up, old boy, and don’t spoil the joy of your 30th visit to Ischl. Accept that the times have changed.

And how did the times change the resort?
The aristocratic circle of courtiers has been replaced by a society which is the symbol of the new Austria: High-rollers with lips like negroes and hands like Cyclops, obliging ladies drawn by the money bags like iron by a magnet, the next generation of rascally teenagers who spend their money at the Café Zauner, the pastry shop in the Pfarrgasse… the fairy-tale automobiles whose owners have made their money in questionable transactions, and a mixed mob of currency-rich foreigners, who strut around here.

Well, Bad Ischl has survived the onslaught of the commoners, and the pastry shop Zauner still serves customers in the Pfarrgasse. According to the town’s official website, Bad Ischl is a charming place which offers tranquillity, the fragrance of unspoiled nature, and spectacular views. And the company of high-rollers, judging by the number of luxury hotels.

NEED AN ANTIDOTE TO CHRISTMAS ? CHEER GETTING TOO RELENTLESS?

HERE ARE A FEW NON-CHRISTMAS TREES FOR YOU. 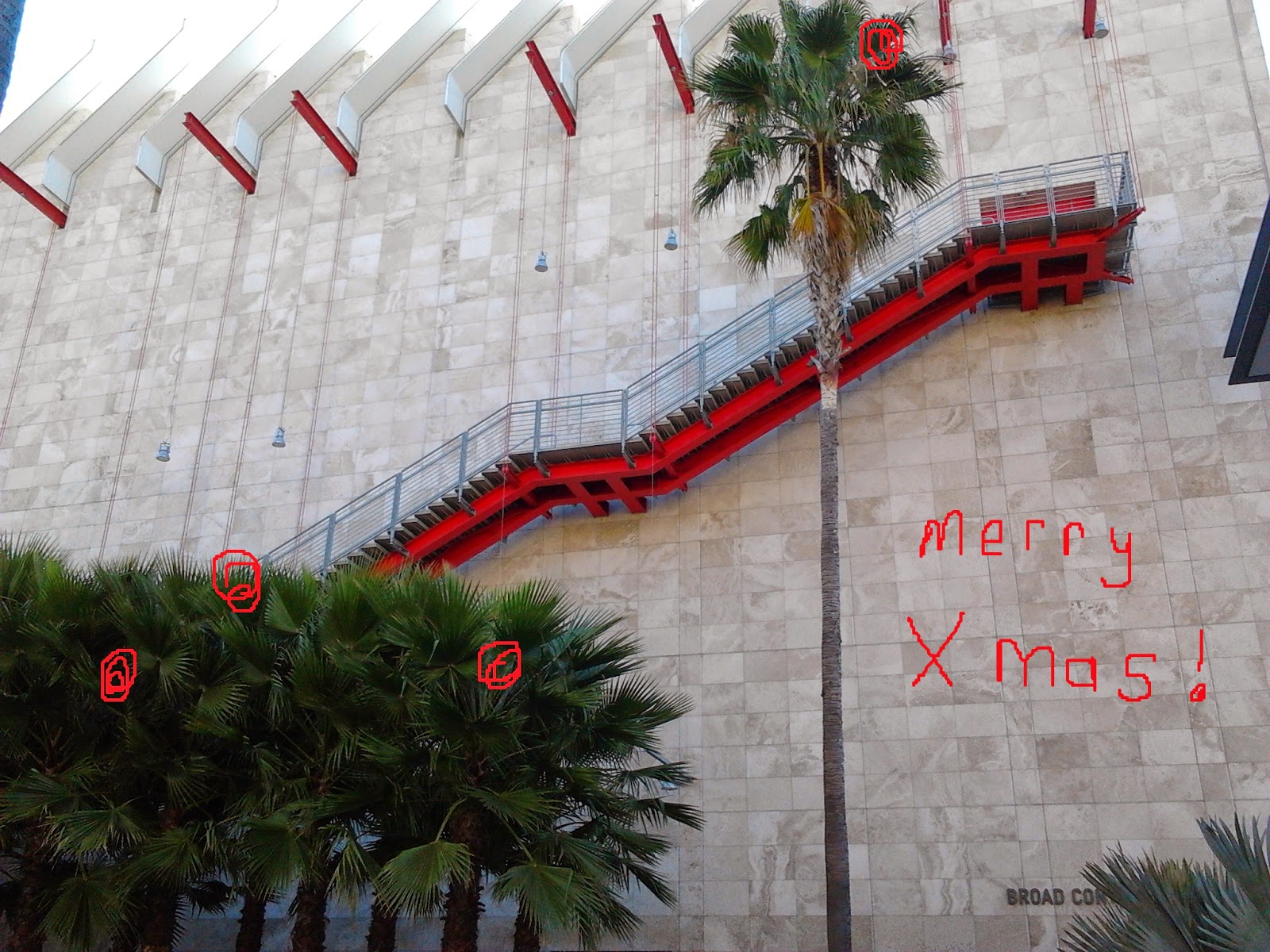 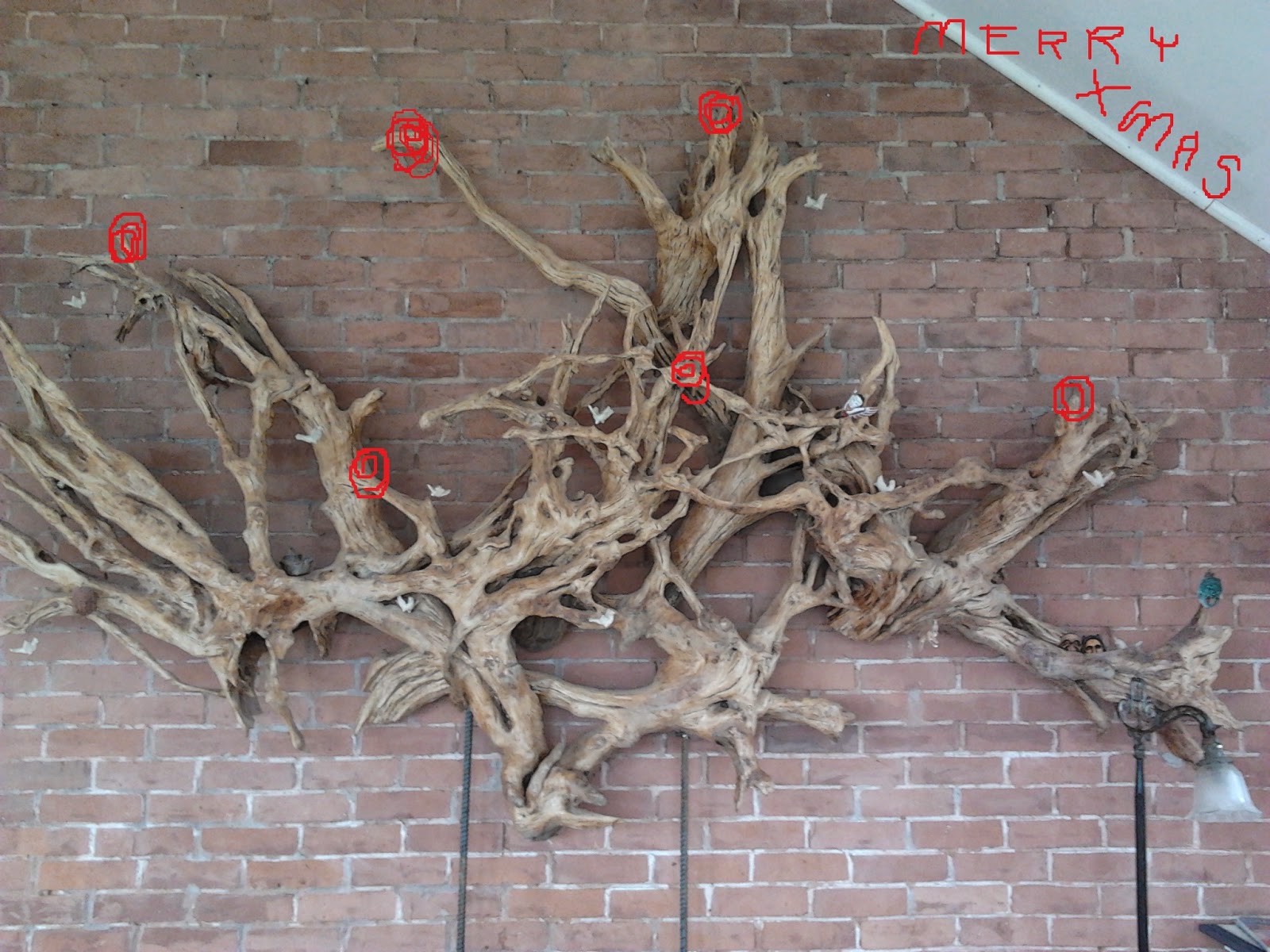 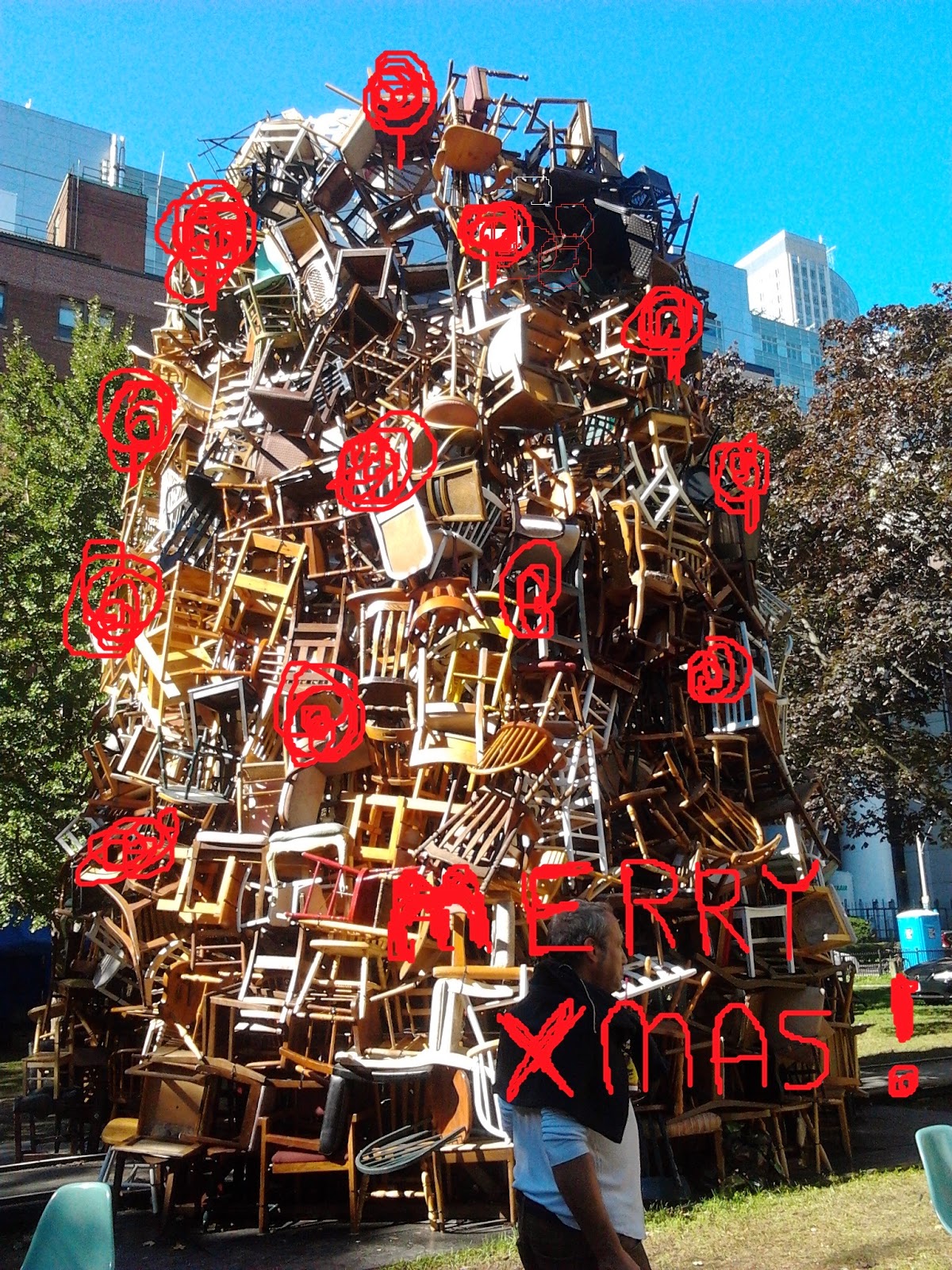 AND A BAH HUMBUG TO ALL!
Posted by Erika Rummel at 03:47 No comments: 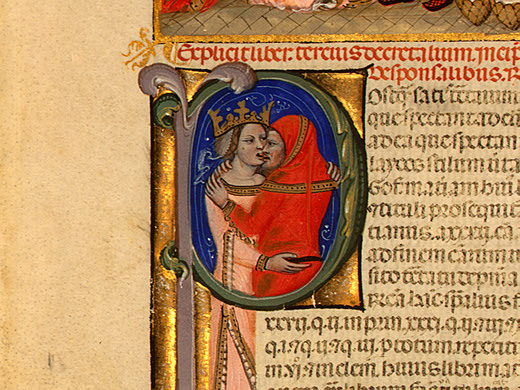 
(Source: The Correspondence of Wolfgang Capito, Vol. 3 forthcoming; my translation)
Posted by Erika Rummel at 02:45 No comments:

WHEN CITY COUNCILLORS WERE IN CHARGE OF MORALS.

Here in Toronto we had until last year a mayor who smoked crack and had a problem with alcohol. So, he probably wouldn’t have endorsed moral laws. And I bet he never got a letter like the one received by the city councillors of Strasbourg in 1535:

Strict, noble, valid, circumspect, honourable, wise, and beloved lords! We urge you to punish vices promptly and to promote discipline and honourable conduct in the community.

To begin with, let’s get rid of fortune-tellers like the man called Batt von Haguenau. For a fee he’ll point out thiefs, adulterers, and other evil persons. In consequence citizens harbour grave suspicions against each other.

And then there is the painter who offers for sale shameful idols, causing great scandal. We are good Protestants. We don’t want any paintings of saints. You should prohibit such filth and stop him from making a living through blasphemy.

Because of your negligence, vices have seriously gained ground, such as excessive drinking. And young people have started to be disobedient to their elders and masters on account of such incitements.

Not to speak of the whores, who walk around in satin and velvet and other fine garments. There is bound to be trouble if wicked woman are free to indulge in all pleasure, pomp, and luxury. They give wrong ideas to pious women who are young and good-looking.
God forbid that they, too, would want to wear fine dresses!

Thank God, Torontonians don’t have to worry about that. The weather enforces a moral dress code. The women are all in black and bundled up. Not to worry about satin and velvet or any (goose)flesh showing in public.


(Source: The Correspondence of Wolfgang Capito, vol. 3 forthcoming, my trans.)
Posted by Erika Rummel at 03:53 No comments:

DO YOU HAVE THE RIGHT QUALIFICATIONS TO BECOME A DIPLOMAT?

Take Mark Twain’s handy test. Do you have


I got 4 out of 6. How did you rate?
(Source: Mark Twain, American Representation in Austria)


By the way, Addison Harris, the American ambassador to Austria in 1899, fulfilled not a single one of these conditions, according to M.T.
Posted by Erika Rummel at 10:29 No comments:

RESISTANCE TO ANTISEMITISM IN VIENNA 1891.

By 1891, the Union for the Resistance to Anti-semitism founded by Artur Suttner had 1100 members. In an open letter published in Die Neue Freie Presse he wrote:

The anti-Semitic party (inspired by Adolf Stöcker’s Christian Social Party in Prussia) lays moral siege to Austria and puts pressure on timid minds -- and there are more than enough of those. They conform because they don't want to be labelled  Judenknecht (a servant to Jews).

Special laws against Jews such as those flourishing in Russia would soon have made their appearance…and laws against all who do not think as do those gentlemen of the persecuting party…Thank God, there are still Austrians who resist their reign of terror.

The anti-Semitic party first tried to make it a question of religion. Their purpose, they said, was to fight those who take up position against Christianity in favor of the Jews. But as Suttner pointed out, the Union had Catholic priests and Protestant pastors among its members.

Then they emphasized the racial difference. This approach was not very successful in multi-cultural Vienna. Finally they found an effective means of arousing hatred and envy: financial competition.

Concentration of money (Grosskapital) kill the little man, they say, and money is concentrated in the hands of the Jews….They neglected the fact that among Jews too there are people who have barely enough to eat, but that phenomenon does not exist for those logicians. They see only the little Christian and the big Jew.
Their arguments are built on feet of clay…but the average citizen is easily persuaded. They are taught all sorts of things in school, except logic.

One of our purposes is to stimulate independent thinking…our twin weapons should be reason and a sense of justice.

Suttner was confident that Austrians would come around to his point of view. The great majority today is better educated, and rowdy attacks in word and deed are not to the taste of cultured Austrians.
But a generation later…

BEFORE HITLER: ANTISEMITISM IN VIENNA, 1891.

This phenomenon aroused lively disgust in us, Bertha von Suttner wrote in 1891. She wrote a number of articles against this reversion to the Middle Ages. But the Viennese newspapers turned them down on the grounds that the proper attitude toward [anti-Semitism] would be contemptuous silence.

Suttner objected: Wrong must be withstood if it is recognized as such. There is no other way. In such cases silence, though professing to express contempt, is itself contemptible. Not only the victims but their fellow citizens must act. No one should stand by when they see injustice. Silence is complicity.

The antisemitic movement in Vienna had led to brutal attacks, her husband, Artur von Suttner, wrote: I mention only the suburban heroes who smashed the windows of Jewish women and shouted threats of murder, the soldier who struck down an old man in the street, the schoolboy who thrust a knife into the eye of his Jewish fellow pupil.

To combat discrimination, he founded a Union for the Resistance to Anti-semitism. It was officially incorporated in the summer of 1891. The announcement  was published in Die Neue Freie Presse on 22 July 1891:

The purpose of the Union was to take action against that hostile movement which is aimed directly against a segment of our fellow-citizens.The fight against antisemitism would be carried on through public lectures and the dissemination literature, but (rather oddly, in my view) not through political action.

Politics is excluded: primarily because our Union is not political, and secondly because this is a question of social practices in the strict sense of the word and has nothing to do with the business of government (Staatspraxis).

At a time when societies are founded to protect animals from cruelty – and rightly so – it is, I think, only logical that we should at last take a stand also against cruelty to our fellow-men, all the more as the attacks have not been confined to assault on the honour of Jews, but have taken the form of actual assaults, which have given our Jewish fellow-citizens every reason to fear for their lives.

More on the subject in my next blog post on Thursday.


This poster depicting the ideal wife circulated in the 16th century Germany:


Eyes: like a hawk to guard myself from anyone plotting against my honour.
Ears: listening to God’s word
Mouth: wearing a golden lock upon my lips
Breast: faithful like a turtle dove. No fault of his will break my loyalty.
Waist: girded with snakes to protect me from evil love and shameful play.
Feet: hooves to remain steadfast.

Not sure hooves and (life) snake belts will be trending any time soon. Hardware on lip? Yup, we've bought into that.