SHE AIN’T NO COUGAR, BUT SHE’S GOT MONEY. 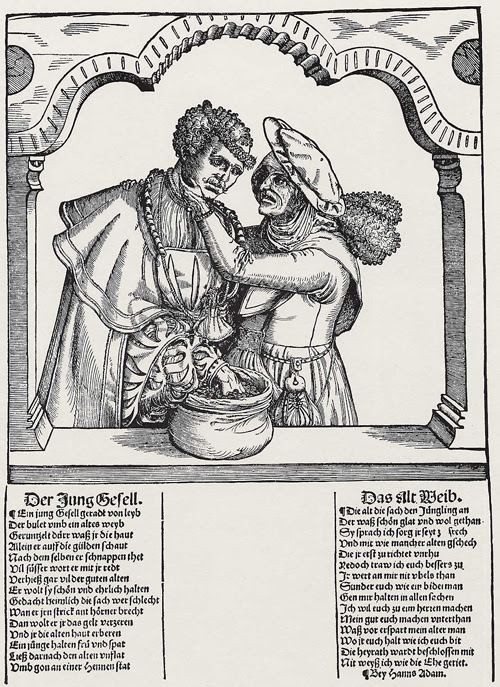 Here’s another 16th century story of a May-December affair:

A young, good-looking man flirted with an old woman. Her skin was wrinkled, but he kept his eyes on her money and made a grab for it. He sweet-talked the good old woman, and promised her a great deal. He said he would be nice to her and respect her, but secretly he thought he’d break the leash and devour all her money and flog her old hide. He’d keep a young woman, run from the old filthy creature, and visit the chicken coop instead.


The old woman looked at the young man. He was well-built, his skin was smooth. I worry you’ll be rude to me, she said, and I will suffer like other old women who are being maltreated. But I expect better from you. You won’t abuse me. You will treat me in all matters like a gentleman. I shall make you my master and give you authority over the possessions my old man accumulated, as long as you do as I ask. Then they were married, but I don’t know how that marriage worked out.