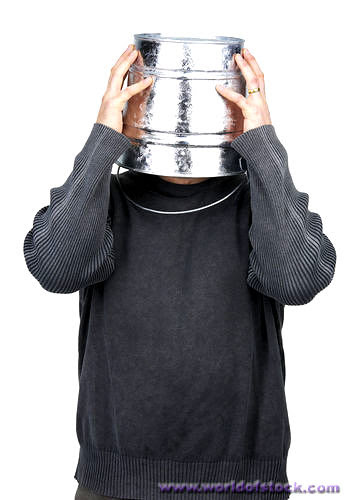 Forgetting who you are doesn’t excuse criminal activity, according to Dr. Helen Farrell (currentpsychiatry.com). Pleas based on Dissociative Identity Disorder rarely succeed in court. You can’t blame your Alter Ego for everything, but you can use selective amnesia in plea bargaining.
When former CIA officer John Kiriakou was under investigation, he said he couldn’t recall giving classified information to a journalist. Later the CIA found an incriminating trail of emails, which had apparently slipped Kiriakou’s mind. After some negotiations, he was sentenced to 30 months in prison. “Way too light,” Judge Leonie Brinkema said. I didn’t know judges talked Twitter style, but I’m quoting the NYer (1 April).
I personally sympathize with Kiriakou. I forget things too. Like whole languages.
I once took a beginner’s course in Hebrew and advanced as far as reading the first ten lines of Genesis. The only word I remember now is the Hebrew for chaos, tohu-va-bohu.  Guess I have a natural affinity to chaos. I also learned Bulgarian when I lived in a small village there. I accumulated enough words to follow directions, haggle for food at the local market, and exchange pleasantries with the neighbours.  But all I remember now is blagodaria, meaning thanks. I wonder how you tweet thanks in Bulgarian. BLGDR?  There are four or five other languages I have forgotten. So here’s a game you can play: Check out my novel, HEAD GAMES, which is set in Argentina, and spot the Spanish I no longer know.

Other things I’ve forgotten recently: The title of the book I was reading on Kindle (had to check Home). Charging my phone battery. Making fresh coffee after drinking the last cup, which is a serious misdemeanour in my household. Pleaded guilty, was forgiven. Glad I wasn’t in Judge Brinkema’s court.
Yes, forgetfulness is a common problem, but especially aggravating when you are a criminal. Last year Texas thief Keith Stewart inadvertently left his wallet at the crime site. Burglar Benjamin Emerson did a job in North Dakota and left behind his cell phone. The thing is to compensate for your memory lapses, like burglar Richard Boudreaux. He forgot to bring along a mask and grabbed a bucket to conceal his face from the surveillance cameras. I think that’s genius, especially if you have a bad hair day.
And did you know that there is an Unclaimed Baggage Center in Scottsboro, Alabama, where you can buy stuff people forgot to pick up, like a suit of armour, a ceramic toilet, and a washing machine?  I’m not making this up. Check worldmate.com. But I’m wondering: did those people forget their baggage, or did the airline forget the people? Maybe they are still circling the world, marooned in economy, invisible, wedged between two obese passengers.
Institutions do lose people, you know. The Orange County Probation Department lost Jean Soriano and forgot to issue an arrest warrant for him (LA Times 5 April). They found him only when he caused a fatal accident. I think the Department should be charged with negligence and henceforth be restricted to metaphorical losses, such as loss of face or loss of public trust. What do you think, Judge Brinkema?
Posted by Erika Rummel at 20:15