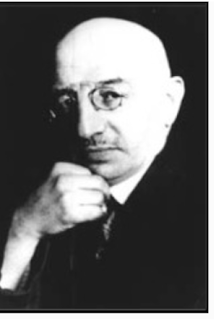 1930 – They have given me three weeks’ holidays.  People who can afford it travel to Switzerland, [whereas] I am going to visit my siblings in the Ruhr region.

I met Vice-principal Maier Andorn.  He is a widower, has three sons.  He made me a marriage proposal.  Now that I have thought it over carefully, I think I will accept.  He is 58 years old, but very sprightly, intelligent and jovial. He is vice-principal in the Jewish school in Dortmund.  I hope however, that we will move to Essen soon after our wedding.

1933- I get along well with my husband.  I also have a good, warm relationship with his sons.  Everything would be wonderful if Hitler had not come to power.

1937 – Hitler talks of peace every day.  People who hate should never be put into a leading position. They cannot think of brotherly love, the sole principle of peace.

1938 – My husband has been [obliged to] retire.  We have moved to Essen and have a very nice house/flat?, almost too big for the two of us, at Moorenstraße 19.  All our friends are emigrating.  Our oldest son has a position as rabbi in Holland.  Berthold and Ludwig have gone to Israel.  The children of my sister Mimi will also leave very soon for Paraguay and the USA .

1938 – November.  Why do we have to suffer this?  They set fire to all the synagogues.  All well-known Jews were imprisoned, supposedly to protect them from the fury of the people.  We have to wear the star of David on our clothing and are not allowed to take public transit or sit on park benches.

Mimi came to us agitated on the night of November 10th. They had knocked over all the shelves in the shop and had destroyed or just taken all the goods.  Alfred fled in his night-shirt to the Philippusstift [a Catholic clinic].  The nuns put him into a section for contagious diseases.  Apparently, there are still kind people, who are not infected or inflamed with blazing hatred.

Alfred and Mimi are going to move in with us.  They are too well known in Borbeck and are fearful.  My nephew Walter was arrested by the Gestapo.  But, since he has all the papers to enter a technical school, they released him after a short time, with the proviso that he must leave Germany within 72 hours.

1939 – August – My presentiments have not deceived me.  We are at war again; people regard us Jews as allies of the enemies.  How will this end?  We are making a serious effort to emigrate, but the world is closed to us.  We are studying English diligently.

1940 – We are going through a terrible time!  Both men are sombre and depressed, but Mimi and I laugh often and sincerely and I am happy that we have not forgotten how to laugh in these terrible times.

1941 – We had an air raid alarm.  Everyone ran to the bunker which had been prepared, but we were not allowed to do so.  Food supplies are a slight problem, but there are many good people here who slip us, who wear the star of David, a bit extra!

1941 – July – Alfred and Mimi received their immigration papers for the USA.  I will go with them to Berlin.  Surely I can help them with errands.  All our friends congratulate us. Will we too get out of this Nazi mousetrap?  Alfred and Mimi arrived safely in the United States.  Walter picked them up in an American soldier’s uniform.

1942 – April – We have been moved here to Holbeckshof and have to live as a group of 15 people in a barrack built to house five war prisoners who were supposed to work here.  Dina Peters and Milli Hüüsken came and brought us all kinds of good food and a bottle of wine.   We used it to organize a real Friday night in our barrack.  This good deed put both women at risk. Thank you so much!

A week ago my sister Paula Levisohn and her husband, who was the prayer leader in our community, and their daughter were deported to Izbica.  We are here already three weeks, and they say we will be deported soon.

We were “shipped” on July 20th.  In the camp and also at present, I wear my red cross pin -- not to obtain some kind of advantage, but because I notice that my instructions to sick people are followed more readily in this way.  In Bottrop, wearing this pin, I saved the lives of a number of people.  I have stood by so many people in need.  If there is a reward [for doing good], I should come in for it.