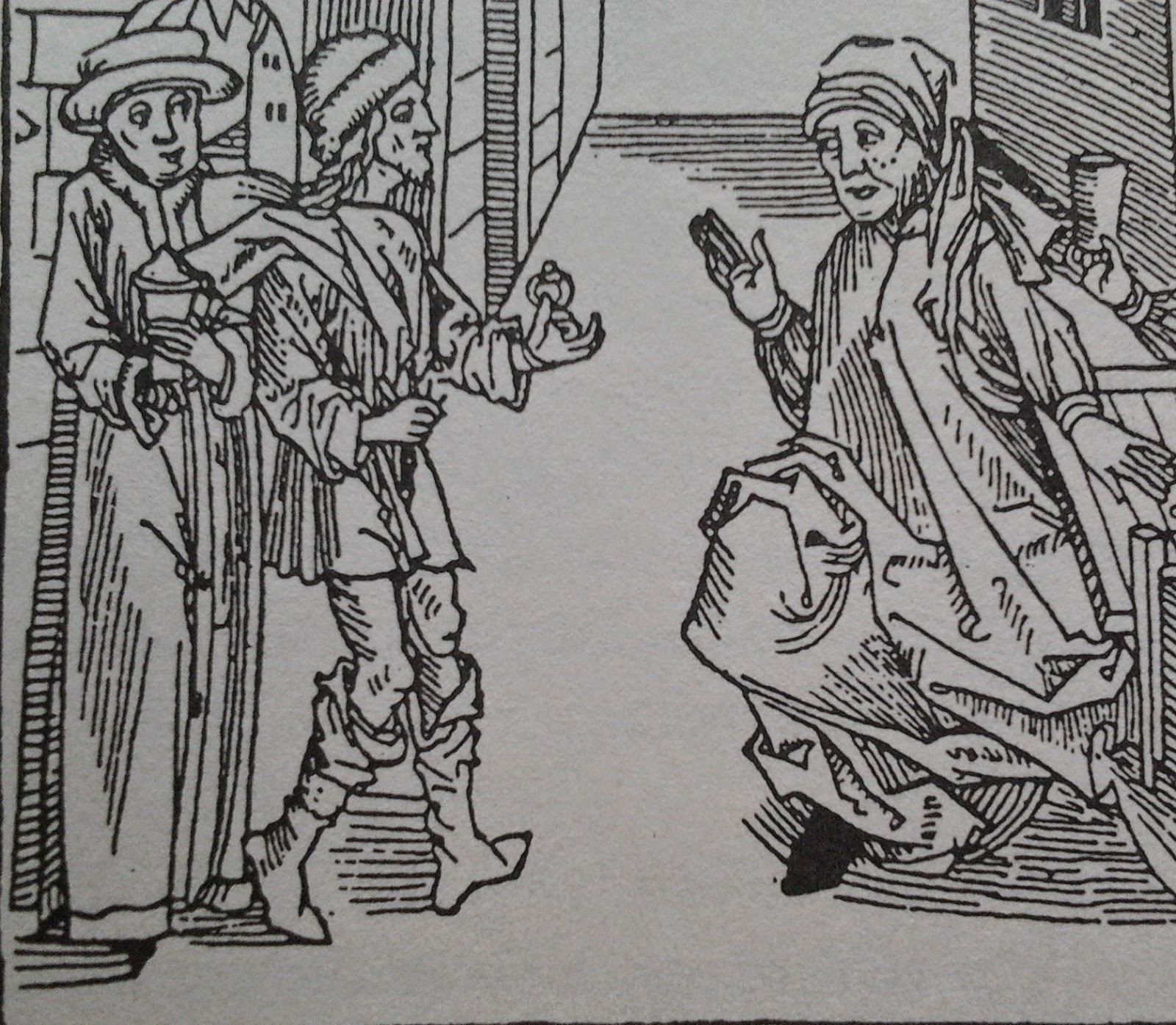 From a nasty diatribe against the Jews by the convert Johann Pfefferkorn:
When someone comes to a Jew with an article to be pawned, the Jew knows that that person is under duress.


(Image from The Calculation of Ruprecht Kolperger, 1491)
Posted by Erika Rummel at 11:10