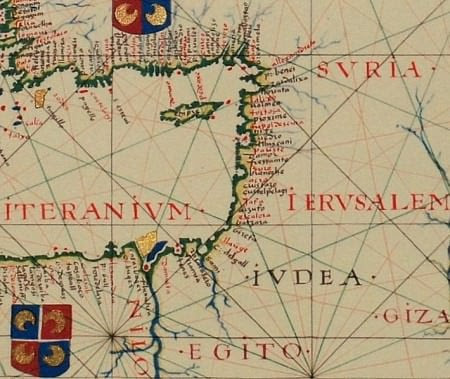 Should President Bush have read Pierre Dubois’ treatise on how to conquer the Middle East before embarking on a war with Iraq? Here are some of the medieval writer’s recommendations:

Set up a foundation to educate girls in Latin, logic, Arabic, natural sciences, and medicine. The instruction should be simplified as much as possible owing to the intellectual weakness of the female sex. Select girls who are attractive in face and figure. Dress them up so that they will be taken for daughters of princes and may be conveniently married off to princes in the Middle East. Brought up in the Christian faith, these wives will teach their children and husbands to adhere to their faith. Voila: no more Islamists.

valuable commodities, abundant in those regions but rare and highly prized among us, would be transported to the West in adequate amounts and at a reasonable price. No, Mr. Bush, he didn't mean oil. He was thinking of spices, actually. And of pushing Western goods on the natives. Our products would be carried there in turn, and we could control the prices.


Before any of these things can happen, however, the Western World will have to unite, Dubois says.


When universal peace and harmony among all Christians has been established…they will be in a better position to subjugate barbaric nations.
(Quotations are from Pierre Dubois’ On the Recovery of the Holy Land).