#AMTHINKING: LOST SOULS ON THE STREETCAR 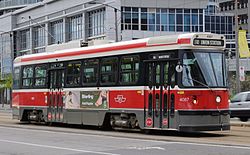 Happenings on a short ride home between University and Parliament:

Cheerful black woman gets on and shouts Seat! Someone dutifully gets up and offers her a seat. Next request: Mr Driver, I’m totally lost. You tell me when Jarvis comes up, Mr. Driver. He doesn’t but an electronic voice and several passengers do.

Angry woman gets on announcing I’m a Lesbian. There is no marriage. Leave my body alone!

He moves on to the next passenger, an old man wearing red Santa Claus gloves. He raises a jittery hand and points to heaven.

The checker moves on to the cheerful black woman. I’m totally lost, she tells him.

I take pity on him and show him my transfer. He nods. I guess he’s used to this scene. One out of four passengers co-operating is probably the norm.