HAVE NEW DRESS AND BIG HAT. The Life of Victorian Actress Nancy Price.

Another guest post from Alice Violett, who studies the experiences of only children.


Nancy Price (1880-1970) – real first name Lillian – was born and brought up on an estate in rural Staffordshire by a beloved mother and more distant father. Her sister, May, died at the age of five, when Nancy was not yet one. In the absence of siblings, Nancy’s main companions were pets and dolls, but never animal toys, because:


Human companionship I knew little about, save for my father and mother, therefore dolls served their turn, but animals never.


Extracts from her diary, printed verbatim in her autobiography, sometimes make it difficult to determine at first sight whether she is talking about dolls, pets, or other children:
February 15 [1887].  Tommy very gay to-day – ran away.  Spot norty – I lost him. (I later worked out that Tommy was a horse and Spot was a dog)


June 1 [1887].  Have new dress and big hat.  Liked it at first, but Clara larfed at it.  Feel orful now – hope I don’t have to wear it again Sunday.  I don’t know wether I like Clara very much, anyway, not as much as Spot.  She is rather silly. (p. 14 – Clara turned out to be the gardener’s daughter and one of Nancy’s first friends)


She was allowed considerable freedom by her parents:
As a child, I was always walking or riding, and never hindered or stopped in either of these pleasures, although I believe it was thought extraordinary by many that so young a child should have been allowed this liberty.


She was able to recall several adult friends, including the local parson. Once she had placed a jujube in the collection plate instead of a coin.
After the first Sunday upon which my righteous decision had been made with its attendant sacrifice, I met my friend and he said: “I missed your sweet in the collection plate this Sunday, and I always look forward to that in the vestry after the service.”
In future my precious coin and the sweet were laid in the plate, in order to satisfy both my conscience and my friend.


Despite her father’s disapproval of the stage, Nancy achieved her ambition to become an actress – again possibly demonstrating the independence and possibilities open to only children in possession of strong minds and lofty ambitions.
(Source: Nancy Price, Into An Hour-Glass, London, 1953)

FIGHT YOUR OWN WAY: The life of Victorian actress Julia Neilson. 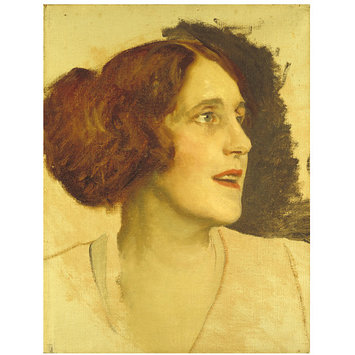 Guest post from Alice Violett:
As part of my research into public perceptions and personal experiences of only children born between c. 1850 and 1950, I have been reading many autobiographies, including those of actresses Julia Neilson (1868-1957) and Nancy Price (1880-1970).
Julia Neilson was born in London. When she was a young child, her parents separated.  Brought up by her mother in straitened circumstances, her upbringing was characterised by both caution and strength:


“You must fight your own way in the world, Julia,” was a remark frequently made to me by my mother when I was still but a little girl.
There was no talk of the theatre in those days.  It was cautiously decided that I should become a governess – mother’s courage on her own account evidently falling short when it came to the disposal of a daughter’s future.


Julia did not think being an only child had affected her too unduly: Lacking brothers and sisters, I suppose my childhood’s days must have been lonely ones; but solitude does  not seem to have afflicted me with a shortage of spirits, since one of my earliest recollections is of receiving a sound smacking across my grandmother’s knee, for staying out late to play in the gardens of Torrington Square.
She was also in frequent trouble for chronic untidiness of the pockets.


Despite her mother’s caution, Julia was allowed to make decisions for herself.  At boarding-school in Germany (by this time her mother had more money, and wished to tame her wild daughter a little), she struck up a friendship with two Russian girls. They told me of the beauties of the Greek Catholic Church, which, of course, was then the national religion of Russia.  So I wrote to my mother telling her that I had been converted, and wished to join the Greek Catholic Church.  My mother at once replied, saying that it was a serious step to take, but that if I had really made up my mind, I was quite at liberty to become a Greek Catholic.  How wise of her.  There being no opposition of any kind, the charm of the idea faded away, and I came to the conclusion that I would remain a member of my own church.
She was also allowed to join a profession previously untested by any other member of her family. I was to head a kind of mild family stampede towards the theatre ...  We were to become a ‘theatrical family’ – which I am sure would very much have astonished handsome Great-Grandmother Davis, if she had lived to hear about it.  I can just remember Great-Grandmother Davis: a stately old lady with lace lappets descending on her bosom.  I used to be taken to see her and my two cousins, who played the piano so beautifully that out of mortification and envy I retired to sit under the table.

For more quotes from Julia Neilson’s autobiography see Alice Violett’s blog at http://aliceinacademia.tumblr.com/post/91446046596/in-which-i-actually-get-to-read-some-autobiographies-by.
Posted by Erika Rummel at 14:48 No comments:

THE SAVAGES OF NEW BRUNSWICK AND THEIR WIVES: THEY HAVE NO OTHER SERVANTS, SLAVES, OR ARTISANS.


More from Pierre Biard’s Relations of New France, 1616.
Women do all the work, as their people have no other servants, slaves, or artisans.
The natives accuse the French of poisoning them, but the principal reason for their illnesses and deaths is this:

Posted by Erika Rummel at 02:39 No comments:

THE SAVAGES OF NEW BRUNSWICK: RATHER LIBERAL AND IN NO WAY MALICIOUS.

When the Jesuit Pierre Biard visited what is now and in 1616, he had this to say about the inhabitants:


MORE IN MY NEXT BLOG POST.
Posted by Erika Rummel at 15:39 No comments:

THE BOOK OF MORMON – NO, I DON’T MEAN THE MUSICAL. I MEAN THE SATIRICAL.

Some years ago I was given a Mormon Bible, but it’s only now that I realize its relevance to my secular life. Let me quote you a few bits.


This one, I think, is about politicians:
And thus they were supported in their laziness…by the taxes put upon the people. Thus did the people labor exceedingly to support iniquity (Mosiah 11:6).


This may be about the Middle East and peace being short-lived under the best of circumstances:
They were favored by the Lord, and thus they were free from wars and contentions among themselves, yea, even for the space of four years (Alma 28:20).


I’m pretty sure this one is about self-publishing.
Thou shalt not covet thine own property, but impart it freely to the printing of the book.
Pay the debt you have contracted with the printer and release thyself from bondage (Doctrine and Covenants 19:26, 35).


This may help Al-Anon:
He built wine-presses and made wine in abundance. And therefore he became a wine-bibber.

Posted by Erika Rummel at 04:30 No comments:

A MAN OF "PROFOUND DISSIMULATION": THE TRICKS OF POPE SIXTUS V.

Never had a person more craftily concealed his ambition than Cardinal Montalto (later Sixtus V). He combined a proud mind with profound dissimulation. At the conclave he smothered his vivacity of spirit and became an example of dull and blockish stupidity. He counterfeited so many diseases and infirmities of old age that it seemed he was stooping into his grave.


The other cardinals thought they had found the ideal candidate, a pope after their own heart, whom they could easily control. They began to reckon amongst themselves the great advantages they should make of a silly old coxcomb.


A vote was held, and as soon as Montalto saw that he had the needed majority, he leaped out of his seat, threw away his staff that had hitherto supported him instead of a crutch and began to stretch so that he appeared half as big again as he was before.


At the mass celebrating his elevation to the papacy, he roared out the Te Deum with a thundering voice. When Farnese heard him, he said: I perceive we have gotten a Pope who will make fools and asses of us.


The next day Montalto, now Sixtus V, gave a splendid banquet. Seeing the pope stir about busily, one of the cardinals commented: Your Holiness did not seem to have so much strength yesterday. The Pope smartly took him up and said: Yesterday I was not pope, today I am.


(Source: Anonymous pamphlet entitled The Intrigues of the Conclave at the Choosing of
a Pope)

Posted by Erika Rummel at 13:01 No comments: 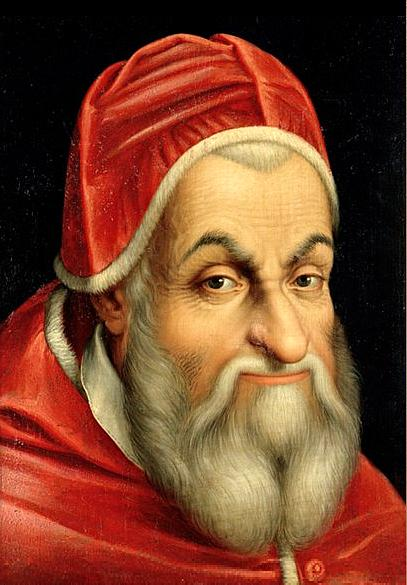 The Cardinals entered the conclave. Small apartments, or cells, had been erected in the long Gallery and hung with Purple Cloth.


The conclavists are generally the craftiest fellows that can be met with. To avoid any undue influence, even the dishes served are searched, lest there should be any letters concealed in them.


To become pope, a candidate must receive two-thirds of the vote, which is rarely the case.


An alternative way to elect a pope is “by access”. Each cardinal rising from his seat goes and makes a profound reverence to him whom he would have elected.


The method which makes the greatest noise and bustle is the way of Adoration, which is seldom put in practice but when some young and hot headed Cardinals resolve to become masters of the election. They plot among themselves, agree on one man, and fall down before him on their knees.


Others follow suit, unwilling to stand out and incur the displeasure of him who may be elected without them.


The pope so chosen is led to the Sacristy, where he is clothed in pontifical robes and seated at the altar. The cardinals approach in order to kiss his feet, hands, and mouth. This done, the doors of the conclave are opened, and the pope shows himself to the people and blesses them.


That is the prescribed method, but he that desires a true specimen of all the little arts and tricks whereby the candidates procure votes, should read the following account…[TO BE CONTINUED IN MY NEXT BLOG POST].


(Source: Anonymous pamphlet entitled The Intrigues of the Conclave at the Choosing of a Pope)
Posted by Erika Rummel at 04:24 No comments: 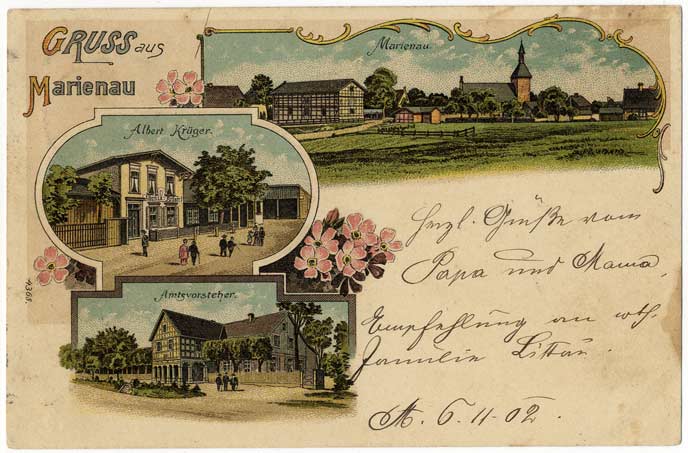 Posted by Erika Rummel at 17:02 No comments:

HOW TO WOO A RENAISSANCE WOMAN.

But even if you can’t win her heart, do not go to extremes like this unhappy lover:
He concentrated his thought on his long love for her, on her present coldness towards him and resolved not to go on living. He clenched his fists and held his breath until finally he expired.